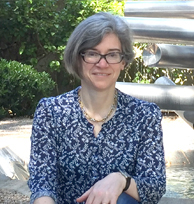 Venetia Rose Freyberg is a writer and artist. Her last exhibition was Allotments, Aldeburgh (2017) and her next exhibition will be 1941, The Battle for Crete (due 2018). The latter show will be accompanied by the publication of a ground-breaking biography of her grandfather, General Bernard Freyberg VC.

Venetia trained at Camberwell School of Art and the University of East London. She lives and works in London.

As an artist, Venetia Rose is celebrated for her colourful landscapes and vivid portrayal of abstract floral themes. Her latest exhibition explores the changing seasons in the magical allotments that encircle Aldeburgh, one of the most beautiful towns on Suffolk’s Heritage Coast.

But there is a more challenging depth to Venetia’s work than meets the immediate eye. As with her previous collections, Venetia captures the beauty of nature while also exploring the intriguing space between what we see and what we don’t quite see – both physically and metaphorically. Ideas and images adjust on the breeze of perception. Just as the allotments themselves sway between the town and the mystical marshes on its fringes – so different geometrical patterns emerge, vertically and horizontally. This brings a thoughtful wit to Venetia’s work – at first glance, a hugely decorative celebration of sunflowers, chrysanthemums, artichokes, beans and a miscellany of plants and pots, but equally a vibrant exploration of open and empty spaces, punctuated by exquisite colour and seasonal sensitivity.

In this dramatic departure from previous work, Venetia Rose Freyberg re-traces her family roots in a compelling visual biography of her grandfather, General Bernard Freyberg VC, celebrated among Britain’s most decorated warriors.

The exhibition re-sets the conventional narrative of one of the most significant battles of World War II – powerfully combining visual storytelling with a new historical framework and research and a curated collection of photographic evidence. Using Venetia’s exploratory technique that weaves challenging ideas into the spaces created between what we see and what we don’t quite see (or choose not to see), the exhibition features as its centrepiece challenging new works, including British Establishment Nazis and The Massacre at Paramythia.

Earlier exhibitions by Venetia Rose Freyberg include: Flowers (2005) and In Search of Rembrandt (2009) – the latter accompanied by a pamphlet considering the relationship between the Dutch Master and his contemporary artist, Jan van Goyen. Both shows were held at Gallery 54, Mayfair, London.

Many leading figures in the British political and military hierarchy had closer ties to Adolf Hitler and Nazi Germany than history has led us to believe. Has there been a cover-up at the heart of the establishment?

Venetia Freyberg is an artist and writer. She is the grand-daughter of General Lord Freyberg VC. Since childhood, she has been curious about how conventional history has portrayed him.

This research project started in 2012. It seeks to provide an honest history of one of the twentieth century’s most illustrious Generals, not least in the run-up to – and aftermath of – the pivotal Battle of Crete.

It examines contemporary evidence and archive materials and asks a number of questions apparently overlooked by traditional sources. It un-spins many of the myths perpetrated by the military history establishment over the past fifty years – and leads to some surprising and challenging conclusions.

Part history and part personal narrative, the introduction and first three chapters are available on Amazon.

Chapter 4 The Ottomans, the Oilmen and Surrey (Part 1 and 2) has now been uploaded to Amazon kindle. This chapter attempts to explain the sudden and miraculous arrival in Greece in May 1941 of large quantities of aviation spirit. It was miraculous for the Nazis because without it the Battle of Crete could not have taken place.

The chapter also takes a look at America’s historic relationship with the Ottoman Empire. Surprisingly, this examination of nineteenth century history starts to reveal exciting clues about important figures who stayed out of the limelight in World War 2. 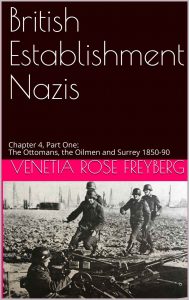 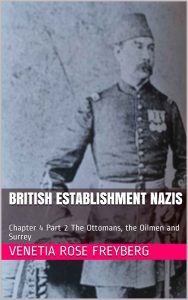 From British Establishment Nazis – Questions Venetia is asking include: